A post about how I read the OpenCv trained file and implemented a prototype of detector.

Example of a face Evaluation by detector

This is an example of what stages and respective weak classifiers are stored in the OpenCv trained file for Mb-LBP. There are 20 stages overall with increasing accuracy. The cascade structure speeds up the process by orders of magnitude because the non-faces patches are rejected on the first stages of the classifier.

I also implemented an naive sliding window and scale search.

Because the classifier trained only for 24x24 window size we, have to scale the image and also slide the window to find a face. To fire, the face should fit into the 24x24 window.

This is an example. I started with (118, 118) image with a face. On this scale classifier didn’t detect any faces which is correct. 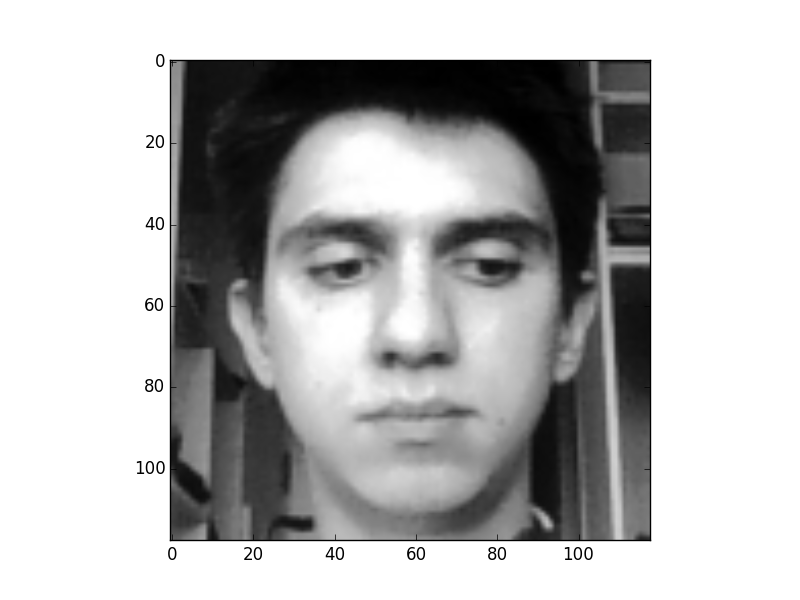 Then, the program scaled the image by the ratio of 0.5 (size (59, 59)) and detected one image. Actually it’s a part of the face and we don’t want detection like this, but it can be overcome by using pruning technique. 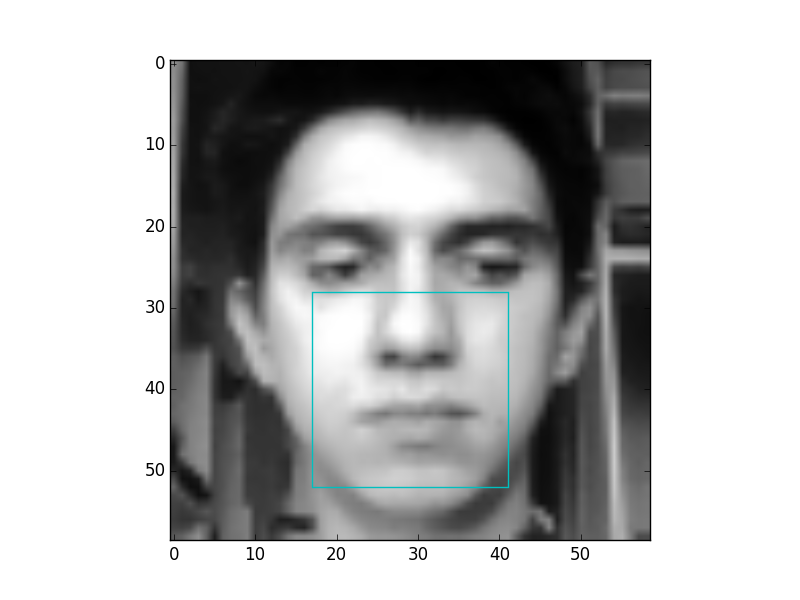 Then the the images was downscaled once again and this is where the face was found. Once again, this big amount of detections of the same face can be removed by pruning. 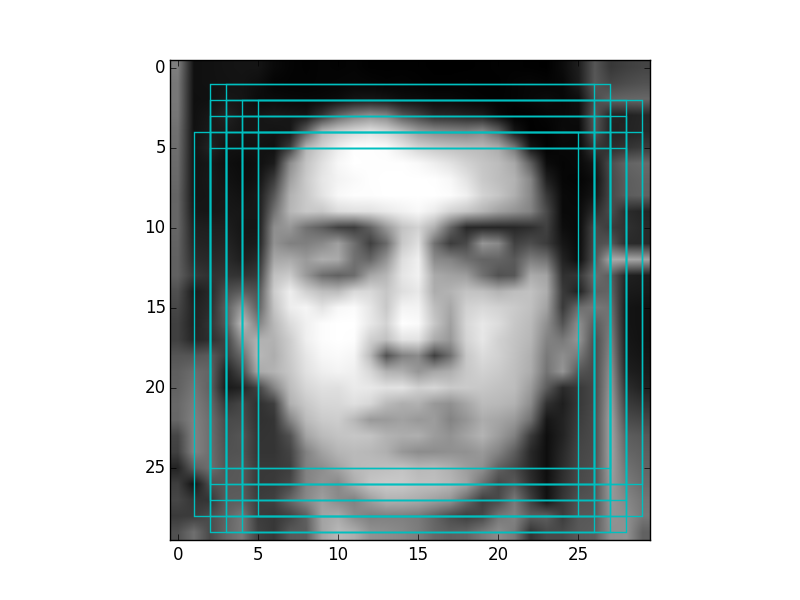 This is the temporary code and its only purpose was to make sure that the classifier works. It will be optimized in the following stages.